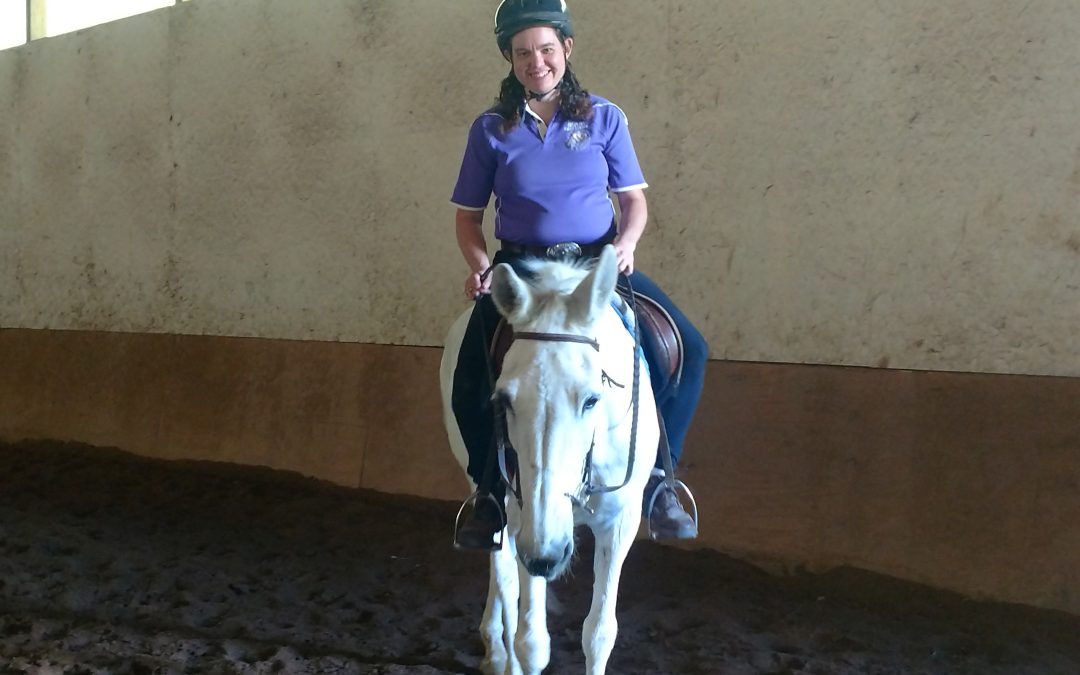 On September 21, 2017 Salt laid down for what appeared to be a routine nap around 11am. This nap became anything but normal very quickly, yes it was suddenly the hottest day of the year topping out at 92 degrees, but lying flat out on the ground for several consecutive hours is not mule normal. We placed two fans to circulate air to her and left her stall doors both open so she could get out if she got up. Around 2pm I treated her to a Reiki energy healing session and brushed her legs, neck, and body that was exposed. I was also speaking the affirmation “I rise” and “I am strong and confident” over her whenever I was within ear shot of her. I continued to brush her limbs about every hour, just to assist with blood flow. Around 7pm that night she was still down, we attempted to get her up and she was like dead weight, and had zero desire. So we rolled her over at least giving that side a break. She ate her grain that night and was well hydrated as she had drank most of her water the night before and she eats hay pellets/grain soaked in water. She appeared to be in no pain, and I could clearly see a vision of her getting up and walking away from all of this. Later that night I spoke with one of my healing mentors who recommended I use a Young Living Essential Oil blend called StressAway. Salt loved the smell of it, so I allowed her to inhale it. She also recommended that I carefully remove her etheric body, cleanse and return it. That brought about a huge change in her eyes. I was awaked at about 5am when I levitated out of my bed about 3-4 inches. So I went out to check on Salt, she was braying was serious about getting up. I told her to rest peacefully and save that energy until help could arrive to hoist her up.  I then got her some more soaked pellets/grain and she again ate, and was begging and braying for more. So I went and got some Chaffhaye, which she ate. Brushed her legs some more and did some more energy healing and affirmation work with her. I also allowed her to inhale the StressAway oil again. She was really wanting up, but just could not get her hind legs underneath her body. Anyone who knows anything about horses or mules knows with each passing hour the equine is down it is less likely they will ever walk again. We had a team of people coming to hoist her up at 1230pm. We had two bales of hay, a very strong old stall board and a very long vehicle tow strap, and a truck. There were four people directly involved in Operation Hoist Salt back to her feet, but multitudes of prayer warriors in the background. Reminder, Salt had been down for 25 and one half hours consecutively! When we had all hands on deck as she attempted to get up we slid the board under her, and then carefully sat that on top of the two bales of hay. Picking her up off the ground slightly and placing her between the two bales of hay. We then placed the tow strap under her and then ran it through the loft rafters and then attached to truck. Drove truck forward just enough to get her to her feet. Took strap off, removed board, and bales of hay.  Salt stood there just long enough, about 5 minutes to get her balance and urinate, then she wanted out of that stall. So we walked around the property. She was a bit off balance for about 30 minutes. Then we brought all of the other horses in and turned her out, as she wanted out! Soon we put her herd mate Gracie out with her, as Gracie is very protective of Salt. By the next day she was fully integrated back into the herd of horses. She never acted as if anything hurt and everything from her manure (time and amounts) to her attitude was Salt normal through all of this, except being down for 25 and one half consecutive hours!

October 4, 2017 I went out and checked on the two stallions and Salt and turned some of the other horses out at 1130pm. When I came out the next morning Salt was down in her stall, again unable to get up, lying flat out on her side. Unfortunately this time I was home taking care of the horses alone, so I called Tricia to let her know about Salt. Tricia was attempting to get a hoisting crew together, despite being out of town. I could tell that she had attempted to get up, but had been unsuccessful. Again she appeared to be in no pain and she wanted her food. She was braying at me, as if to say hurry up and get my food. She finally sat up and ate her soaked hay pellets and grain. I kept her propped up against my legs after she finished eating and began speaking the same affirmations over her, and doing more Reiki. Then I noticed she started ringing her tail. I asked her “Salt what is wrong?” She very distinctly said to me, set on my back. My logical mind immediately went to work with a million reasons why I should not do that. Such as she has been down for a while, that is just more pressure on her joints and organs. However Salt is older and wiser than I, so I found myself perched on the back of the downed mule. Instantly the tail became peaceful and she began to lick her lips. Her way of saying thanks for listening mommy. I could tell that her center was way off as I sat there. I sat there about two minutes sharing energy with her, she loved it. Then I got up, and she moved around a bit as if positioning herself. Then once again the tail started ringing. So back on her back I went. I could instantly feel that her center had shifted, and it continued to do so. This time when I got up, I could see that she had been down and stuck in a trench in a past life as a horse. So I attempted to clear that vision to which she snorted, and wanted mommy to rub her third eye. I assured her she was in 2017 and she was all mule and only half horse! She then attempted to get up. So I slid a board underneath her. So I now had her propped up between two bales of hay. Then Salt decided it was nap time. So I said affirmations over her until I was literally in tears. During her short mule nap I could clearly see her getting up and walking away, so despite my emotions, I continued to pray over her and use the affirmations. Then she sat back up and the tail went to ringing yet a third time. So I very carefully sat so that her and I could exchange energy again. She assured me that this was the last time. So soon I heard her say get up! So I did and she did too with very little assistance from me. Called Tricia immediately and told her to cancel the hoist crew, that Salt had gotten up on her own with very little assistance from me.

Several things that Salt has taught me:

1: I do absolutely no healing without first asking God through prayer for assistance. God performs healing miracles daily. Pray, He listens and He will answer, may not be how you want Him to, but He will!

2: Be aware of how you speak to yourself, especially what you say out loud. Those words have incredible power.

3: See what you desire to create, she was sending me each time the image of her walking away unharmed despite the circumstances. She knew, I just had to have the faith and the strength to keep going through it with her. She needed encouragement, and some stability. I think the world would be a much better place if we brothers and sisters in Christ started providing that for each other. I believe this article should serve as proof!

4: Energy healing/Reiki truly does assist our bodies in healing! The balance this mule had after being down for 25 and a half hours shocked all of the witnesses. She stood on her own without being held up either time after she got all her feet under her. Could you lie in bed for 25 hours and get up without assistance?

5: Listen to animals. I believe that they have souls, and I also believe they are very close to God. They desire to assist us, but we first have to listen. Would Salt have been able to have gotten up, had I not followed her request for me to sit on her back? We will never know, but I am sure glad that I went against everything logical, followed my intuition, and allowed her to rise. As I have said to a many horses, Namaste, the inner part of me, bows to the inner part of you. Humility, while many in the world see Salt mule as a lesser being, one that should do what I command of her, I see her as a peer equal. One that brings as much to the world as I, albeit in a different form, of which the rest of the world sees as foreign. We work together as a team.  I cherish her and the bond we have. I respect the teacher in her, and love her for all that she is. She will forever be the “Great White Cadillac” in my heart.